Jibber or Noob? Find out what ski tribe you belong to

Don’t confuse your ‘noobs’ with your ‘jibbers’. Find your ski tribe and learn to identify your fellow snow lovers on the chair lift. 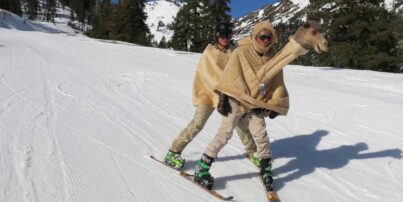 A good time trumps all with these guys and girls. Gung-ho about absolutely everything irrespective of competence, they’ll fly down the slopes half-cut without a care in the world – often in fancy dress! It’s wise to steer clear especially in the bar – unless you like downing shots until you puke. 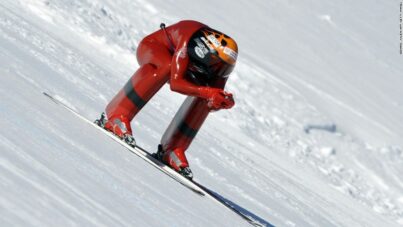 Often only encountered as a fast and furious blur, these beasts are either part of a lycra clad race team or under ten and wearing a flappy ski-school bib. The former won’t have time to chat on the lift because they’ll be too busy planning their line and the latter will only be interested if you know some good poo jokes.

If you encounter them on the slope, its best to get out of the way.

Labels are king (or queen) in the world of the DFF. Think Moncler, Fendi and Chanel. If the label is displayed prominently on their clothing (nine times out of ten it is) you’ve found yourself a DFF. Still in doubt? Is their jacket fur trimmed… are their diamond earrings bigger than snowballs? I want to follow them to the next bar and spend the afternoon drinking Cristal! 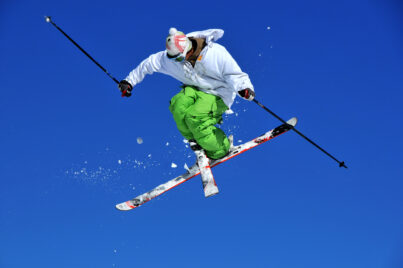 Want to spend your whole day riding rails, boxes, and barrels? Then look out for the Jibbers and Park Rats. Usually the snowboard gives it away. And the huge hoodie. And the abundance of hair.

If that doesn’t do it (maybe they’re confusing you because they’re on skis?), then ask them a question. Did you understand the answer or was it so filled with ski jargon you feel like you are conversing with an alien? If the answer is yes, then congratulations, you’ve found yourself a Jibber.

Leathery faced and often smoking, they are men and women of few words. They’ll be wearing good, yet ancient, kit and they won’t be flapping around with a piste map. They don’t carry one. They know the mountains like the back of their calloused hands.

A great person to ask for directions but be ready to feel like a total noob. 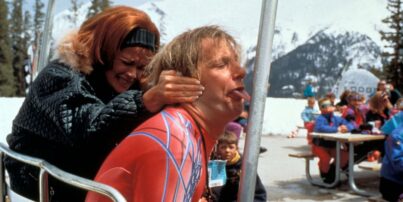 Noob is a derogatory term for a ‘newbie’. Getting on and off the lifts with all their kit will pose a problem. They’re also the most likely candidates to throw a yard sale (wiping out and scattering belongings all over the slope). If they are giving it a good go, try not to laugh and lend a hand. We’ve all been one at some point. 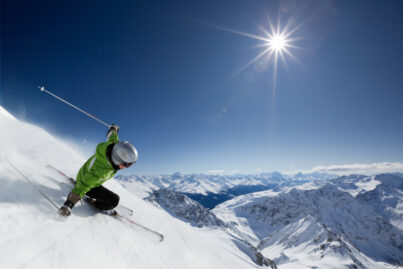 Skiing backwards (fakie) while keeping an eye on a snaking line of ski schoolers is the pros bread and butter. They’ll be wearing ski-school branded technical gear and will look unimpressed by absolutely everything.

Handy to have around if you’re a newbie who needs help collecting skis, poles, and car keys after a yard sale.

First job chalet boys and girls who say ‘yah’ instead of ‘yes’ and have absolutely no clue as to how to cater for a chalet even though they’ve been put in charge of one.

However, once they are let out of the confines of the chalet, watch out. They’ll out drink you and out ski you. Oh, to be young again. 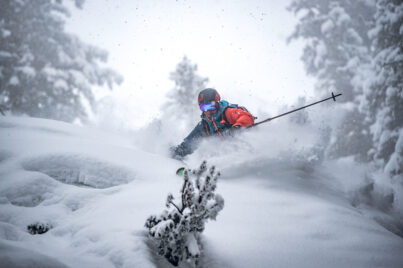 First up and last down, these skiers can’t say no to snow. The really dedicated amongst them won’t wait for the lifts to even open. They’ll hike up the mountain. Fresh powder is their God and they’ll do anything to get first tracks.

It’s too icy, too cold, too snowy. Conditions Guy/Girl won’t get out of bed if isn’t a bluebird day. If they make it outside, they’re most likely to be heard complaining loudly about how it was soooo much better last year in a different resort with different friends, or standing at the top of a run sucking their teeth and shaking their head at imagined obstacles on a beautifully groomed piste.