The economic demand for British wool is worryingly low despite it being an ecologically sound choice and readily available. Every year around 15 million sheep are shorn in the UK, but a lot of these fleeces go to waste because the demand isn’t there. Unless something is done, wool is in danger of becoming just another by-product.

We talked to Rachel Atkinson, Daughter of a Shepherd to find out more about why British wool is overlooked and the opportunity for a great woolly revival.

Sheep need their coats clipping every year for their own welfare. It’s done to keep them cool in the warm summer months and to reduce the risk of parasitic infection and disease. It costs around one pound per sheep for shearing and unless the farmers can sell the fleeces they are out of pocket and the fleece is wasted.

Rachel Atkinson, Founder of Daughter of a Shepherd recalls visiting her father in 2015 when the estate he shepherds for  (Escrick Park Estate) received a cheque for 94p which represented 10% of the final value placed on approximately 300 Hebridean fleeces.

Rachel says, “It wasn’t considered worth sending the next clip, so it sat in a barn with the occasional fleece pulled out to be used for filling holes in hedgerows or protecting tree trunks. I am a keen knitter and would have loved to have used the wool from this flock.

It got me thinking. So, I used my mortgage deposit and had the fleece spun. Here I am five years later with a business whose primary aim is to support British wool and the spinning industry.”

Why isn’t British wool being used? 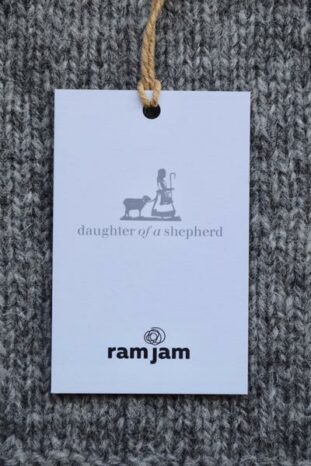 Man-made fibres and products are pricing out more sustainable options like wool. Polyester and nylon are cheap to make and cheap to buy, but the carbon footprint of each item comes at a huge environmental cost.

This is something EcoSki founder, Rachael Westbrook, is all too aware of. “I’m not a big fan of plastic based products especially when there are such good natural alternatives out there. We want to support British farmers, but currently we aren’t aware of any manufacturers making base layers or thermals with 100% British wool.  If there’s anyone out there who is, please get in touch!”

“Wool is warm, light to wear, non-sweaty and naturally anti-bacterial so it won’t harbour odour. It’s perfect for activewear,” adds Rachel Atkinson. However British sheep tend to produce thicker, coarser fleeces making it less desirable as a base layer than the fleece from Merino sheep (typically farmed in New Zealand but originally a breed from Spain) which has a finer texture, but a blend could be the answer. 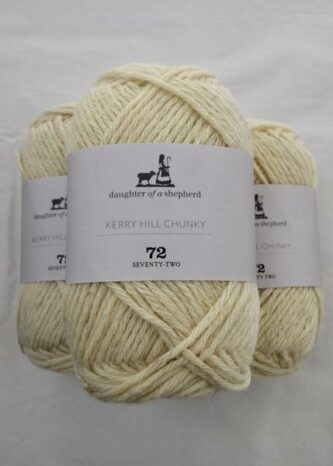 Wool is measured in microns (µm), this refers to the mean average wool fibre diameter in a bale of wool. The lower the micron count, the finer the wool fibres and the softer the wool. British wool can range from 26 – 32µm and Merino wool 11 – 20 µm. In comparison a human hair is between 60 – 180 µm.

The UK has more sheep breeds than any country in the world – over 60 different breeds cared for by sheep farmers on lowlands and highlands. The different breeds are perfectly adapted to suit their environment – from the rugged mountain sheep like the Swaledale to the lustre coated Cotswold.

“Owing to the various characteristics of each breed there are eventually 120 grades of British fleece wool which are broken down into six main styles,” says Rachel. “The sorting is overseen by highly trained teams at the British Wool depots, many of whom have been grading fleece for years and can tell within seconds which grade a fleece falls into. All sorting is done by hand and eye; it’s incredible to watch”.

“Each grade has a use. Some will be good for jumpers, others for carpets, rugs, beds, and bedding, not to mention all sorts of interior products. Wool is also incredibly hardwearing and importantly, fire resistant. It’s perfect for use in aircraft seating and armed forces uniforms. Wool is a truly amazing natural product that we should be making more of.”

Standing up for wool

British Wool is owned by approximately 40,000 sheep farmers in the UK. Its aim is to champion and support producers by offering services including shearing and wool handling, grading, testing, auctioning, and marketing, as well as working with manufacturers, retailers, and consumers.

“British wool is a fantastically versatile product that is used in a wide variety of products including carpets, apparel, bedding and insulation. Wool is the ultimate environmentally friendly fibre that biodegrades naturally in soil and water and doesn’t accumulate in landfill and oceans. Choosing a British wool certified product also helps support British farmers, for more details on how to find a certified product please visit the consumer side of our website (www.britishwool.org/uk/consumer).”

Currently a petition calling for British Wool for British Insulation and Carpeting (https://you.38degrees.org.uk/petitions/british-wool-for-british-insulation) is gathering strength. The Welsh government have already pledged to use wool in its public buildings. Hopefully, the English, Scottish and Northern Irish governments will follow. 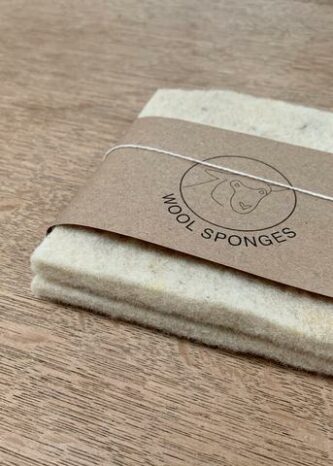 Consumers are the key to turning things around. Rachel Atkinson urges shoppers to, “Buy British wool and ensure it’s ‘grown’ in Britain. Be considered in your purchasing and don’t hesitate to ask for more information about where a product is made.”

EcoSki love The Daughter of a Shepherd’s Ram Jam collection as Rachel has cleverly used wool that would otherwise be wasted to produce something fantastic. We have also recently converted to using natural wool kitchen cloths – something we had never before considered https://daughterofashepherd.com/collections/shop/products/pure-wool-sponges . Rachel’s ethos is to create value out of something that otherwise is considered worthless” and we are full supporters of this, thank you Rachel!